Today the INDIE Live Expo Board presents the latest breaking info on INDIE Live ExpoⅡ, streaming worldwide from 18:50 on November 7th, 2020.
Just three days away from the event, the official theme song composed by indie game creator ZUN has been announced. We also have announcements and info on “INDIE Live Premiere”, filled with information on can’t miss indie titles, along with other news. 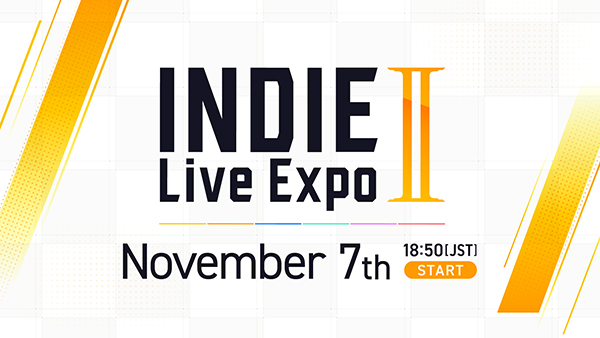 Indie game creator ZUN, known for the his Touhou Project series, has put all of his passion and love for indie games into the INDIE Live Expo theme song. The song will make its world debut during the program. 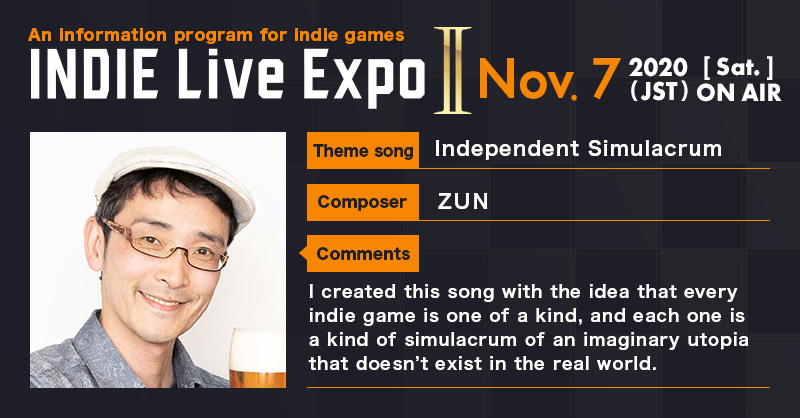 ＜ZUN＞
Leader of dojin group “Team Shanghai Alice”.
Began creating his own indie games in 1996.
The Touhou Project series, which he has been continually working on since he started creating indie games, has found worldwide success and is loved by fans around the globe.

“Independent Simulacrum” will be released to the INDIE Live Expo official YouTube account after INDIE Live Expo II has finished. Also, as with other works by ZUN, use of this song in derivative works will be allowed.

The “INDIE Live Premiere” segment will be full of hot titles.We’ll be bringing the latest info on popular titles such as Craftopia, Picontier, TOKOYO ∼ The Tower of Perpetuity, and more, as well as a wealth of info on various titles being released for the first time ever at INDIE Live ExpoⅡ.

■“Live Performance” segment songs confirmed! This time, all songs will be from Touhou Project!

Dainashi will be providing another live drum performance. This time he’ll be playing songs from the Touhou Project series, which garnered much positive attention during the previous show.As for which songs he’ll be playing, you’ll just have to wait and see. Be sure to check out the performance live.

Viewers were asked to submit entries for the “Eva Game O-Giri” during the previous program, INDIE Live Expo 2020.
This time, awards will be announced and presented for the winning entries during INDIE Live ExpoⅡ.