INDIE Live Expo Winter 2022, the sixth entry in the biannual live digital showcase connecting indie game fans all over the world with more than 57.5 million total views, reveals some of the content of the hundreds of games participating in the two-day showcase. Watch the English-language broadcast on Saturday, Dec. 3 and Sunday, Dec. 4 on YouTube and Twitch in English, along with separate Chinese and Japanese broadcasts.

ILE Winter 2022 will feature the world premiere of the first project from Fahrenheit 213, the new studio founded by Yosuke Shiokawa, known for his work on beloved titles like Kingdom Hearts, Dissidia: Final Fantasy, and Fate/Grand Order. Additional titles set to take part include Mindhack, the psychological visual novel developed by VODKAdemo; the adventure co-op BOKURA and story rich adventure The 13th month both published by Kodansha Games; and deep lore adventure Rakuen from creator Laura Shigihara’s Morizora Studios with support from 8-4. Many more surprises await among the 200-plus games set to take part across both days.

DAY1: Let’s Play will highlight previously released and Early Access games. Watch for reveals of updates and new content for select titles and spotlights on games worth playing from notable figures in the media, content creators, and gaming industry. Learn about many games in as little time as possible in the return of the rapid-fire INDIE Waves segments spotlighting dozens of games from creators worldwide. 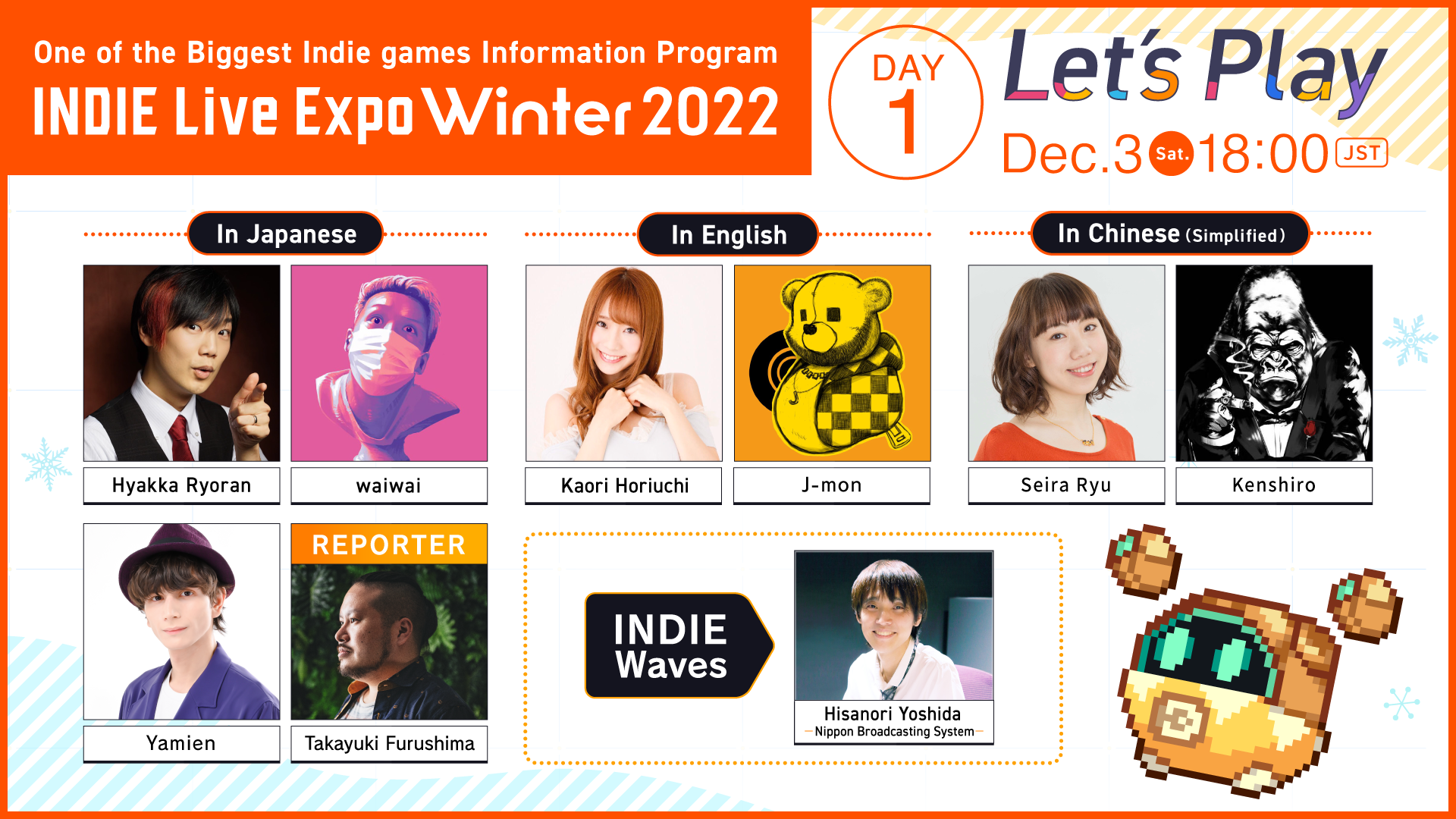 DAY2: Awards will split its focus between unreleased titles with INDIE Live Premiere segments and more INDIE Waves features, along with honoring the winners of the third-annual INDIE Live Expo Awards. Winners from 10 categories, including Game of the Year, will be determined by an international judges’ panel and public voting. The deadline for public contributions is Dec. 3 at 11:59 AM JST, with voting available at this link. The latest INDIE Studios Around the World feature takes place on DAY2, with a spotlight on developers from Korea. 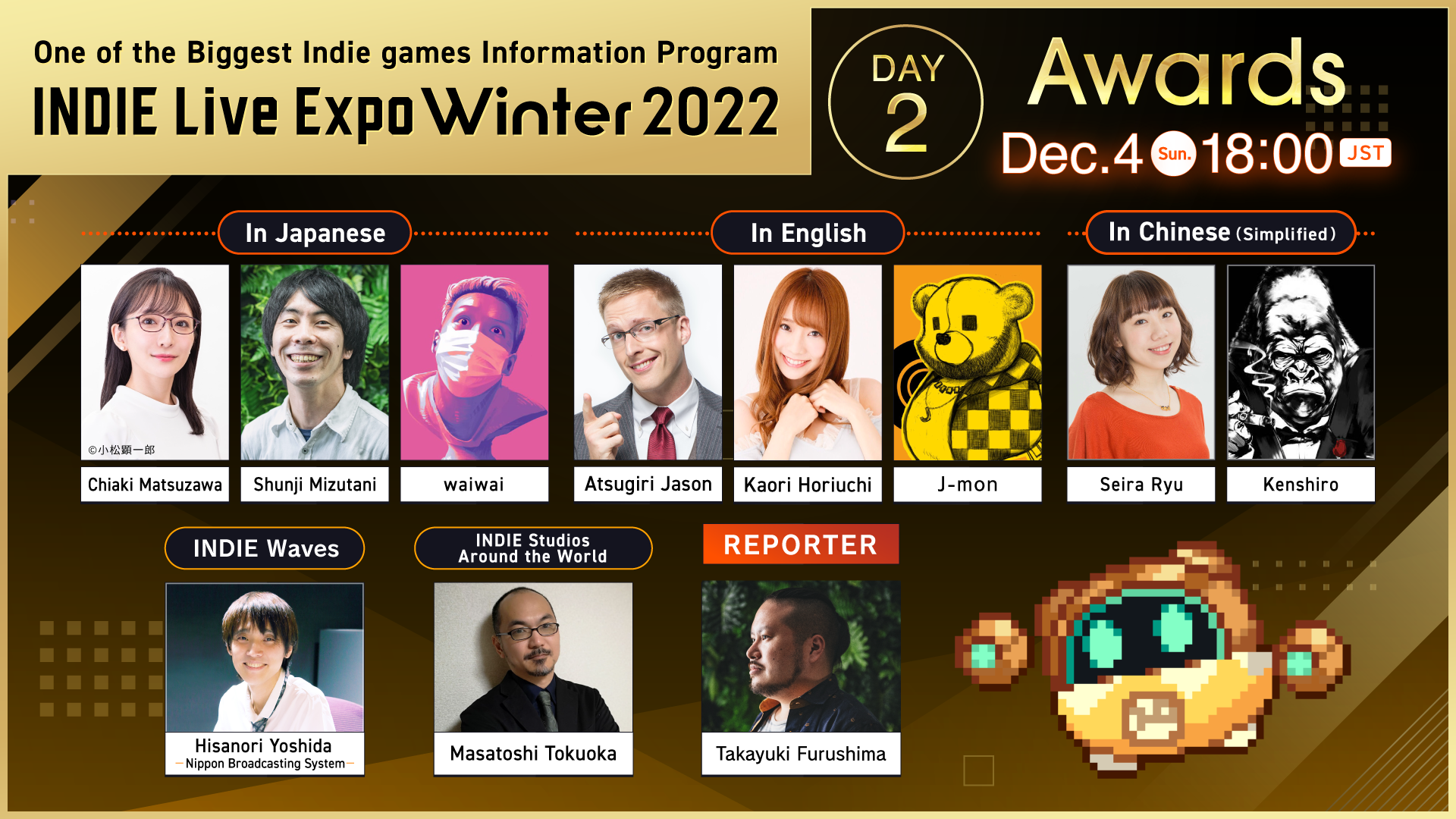 INDIE Live Expo Winter 2022 takes place Saturday, Dec. 3 and Sunday, Dec. 4 starting at 3:00 AM PDT / 6:00 AM EDT / 12:00 PM CEST on each day, with broadcasts expected to last at least three hours each day. The show will stream live on YouTube, Twitch, Twitter, and bilibili, in Japanese, English and Chinese.